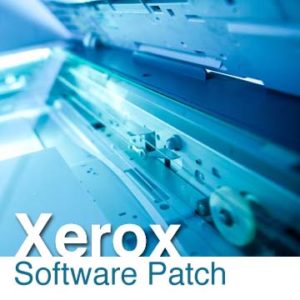 Last week Xerox began releasing patches that should resolve a potentially hazardous glitch for users of several Xerox machines. The glitch caused by the scanning features compression software was altering documents by changing some characters in text. According to Xerox the glitch only affected what they call “stress documents”, those that the have small type or other problems that make them hard to read. It was first believed that the problem could be solved by restoring factory settings for the quality and resolution. This was recommended to eliminate the character substitution that occurs when scanning documents with text. However, testing results showed that due to a software bug this would not completely eliminate the character substitution. Last week they released the first wave of patches for the following machines, Xerox ConnectKey family, WorkCentre 75xx, WorkCentre 57xx and ColorQube 93xx.
The patches can be downloaded from the Xerox website by visiting http://www.office.xerox.com/scanning-software-patch/enus.html. They expect the next wave of patches to be released this week. Below is a full list of the machines impacted by the glitch. Be sure to check if you own one of the impacted models and check the Xerox website for the availability of the correcting software patch.